The airport inventory covers 26 system airports serving general aviation in the Houston-Galveston region. These airports are all open to public use and typically have a paved runway, are owned by one person, entity or partnership, and have basic facilities for airport fueling, repair and storage. 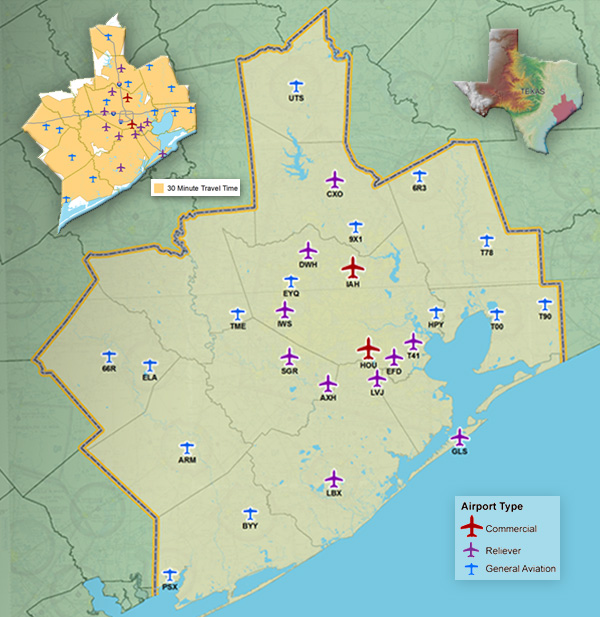 Eight of the airports are owned by private individuals or companies, while 18 are owned by public entities such as cities or counties. The airports have 3,032 based aircraft that generate more than 1.9 million annual operations. The RRegional Aviation System Plan includes 2 commercial service, 10 reliever and 14 general aviation airports as described below:

Relieves congestion at a commercial service airport by providing an alternative for general aviation. Reliever airports typically have at least 100 based aircraft.

As shown in the table below, the reliever airports are the heart of the regional aviation system. These 10 airports relieve Bush Intercontinental and Hobby of nearly one million annual aircraft operations.